My holidays were nice and easy and chill, and I am still glad that they're over.

I'm scheduled to work at the hospital on New Year's Day (hello holiday pay!), so even though I never really celebrate New Year's Eve, I am definitely not staying up until midnight this year.

What did I learn this year?


Anyway, they're over! Whether they were "good" or "bad," the holidays this year are done.

In preparation for January, I started a new quilt. This one is very colorful. I've decided to do at least 4 "get 'em done" quilts, one for each season. This way I'll just charge through the process (piecing the quilt top, quilting, sewing the binding) without letting myself get picky about all of the mistakes. If I stopped and corrected everything, I'd never finish a quilt! I'm learning so they're full of mistakes haha.

Anyway, I've done a summer quilt and a fall quilt. Next up is my winter quilt. Winter can be cold and dark so I thought it would be a good idea to work on something that makes me feel cheerful. And, whoa, is this a colorful quilt or what. I also bought myself a really nice, used sewing machine. Since I'm apparently really into my new hobby. And that's what I'm doing in my downtime.

So that's what is going on with me.
The holidays are done. They were fine, but I'm glad they're over.
Back to our regularly scheduled programming.

Hello! I'm here to give you permission to change your traditions, to alter your plans, or to skip the holidays altogether. It's YOUR life and you are the only one living it.

Whatever you decide for The Holidays 2019 is not set in stone for the rest of your life.
Every year is different.

I write this because, five years ago when my counselor suggested I skip traveling to see my family for the holidays, nothing else seemed more outrageous or unfathomable. I was in the middle of my first IVF cycle. I was needle-phobic, highly anxious, severely depressed, and taking care of everyone else's feelings except my own. If I just kept up the facade that I Was Okay then Everything Would Be Fine.

So I traveled. I drove five hours (on a particular five-hour drive that I abhor). I traveled with my medicine. I kept it in my sister's fridge. I spent the holidays with my cousin's adorable toddler while she was pregnant with her second and drinking wine. (At the time, nothing angered me more than a pregnant woman having a drink when I was abstaining and I wasn't even pregnant). I left the room while everyone was unwrapping presents to give myself an injection. My other sister walked in on me and it was incredibly awkward for both of us. I forced smiles, held back tears, and tried to come up with things to say in conversation. I loved my family, but I left feeling totally and completely physically exhausted and emotionally depleted.

I went again the following year, but in 2016 I was coming to terms with the fact that I was not going to be a mother in this lifetime. So I skipped the family holiday celebration that year.

And the year after that.

And guess what? Life went on.

My family didn't stop loving me. (It would've been their loss if they had.) The holidays came and went. And I took care of myself. What a concept.

After two years of skipping the holidays with my family, I returned last year and thoroughly enjoyed myself. I played laser tag with my cousin's two boys. I ate, I drank, I was merry. Nothing was forced and I was genuinely happy.

Now I have moved far away from my family and, between my two jobs' schedules, I am unable to make the family holiday celebration again. And guess what? Life will go on. I still love my family and they still love me. And I look forward to hopefully celebrating with them again next year.

Please remember that you and your needs are number one. You are not responsible for anyone else's feelings or expectations. You deserve whatever you need to be as healthy as possible. Please take care of yourself this year and every year after that. 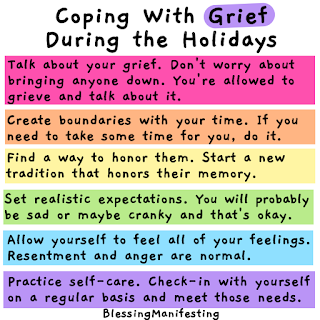 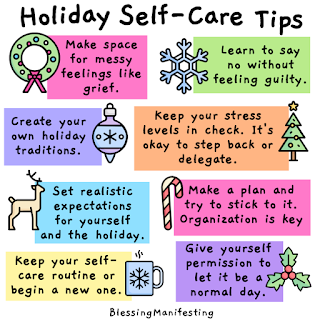 Posted by Infertile Phoenix at 10:30 AM 4 comments:

I have good news! I am really close to getting a job for what I went back to school for and graduated from last year, what I studied for and passed my national board exam for last spring. It is part-time because I am committed to my teaching contract this school year, but the job market in this area is pretty competitive (especially once you leave the city) so I am more than eager to get work experience in the field. If all goes well, I will be employed (on weekends, holidays, and summer vacation) in my new career next week!

As part of the hospital requirements where I'll be working, I am required to get a flu shot. I was kind of dreading it so I went to the pharmacy at the grocery store this week to get it done and over with.

I was sitting in the chair while the pharmacist was getting the antiseptic swab and needle ready. I was really nervous so I told her that and asked her to please not tell me when she was going to give me the shot so that I didn't flinch in anticipation. Then I off-handedly added, "You'd think I could handle a flu shot. I mean, I've been through IVF."

And to my surprise she said, "Me too."

What? This is not your typical casual conversation. But I jumped right in. I said, "Yeah, I had three medicated IUIs and two IVFs." And she shared, "I did IVF three times."

There was a pause.

There was another pause as we just stared at each other, knowing that we had a connection that we didn't share with hardly anyone else.

I asked her why they didn't publicize that it didn't work about 75% of the time, she said she didn't know, and then we totally admitted how depressing and isolating the whole process is. She shared with me how mad she got at her husband during the process and I shared with her that I was now divorced, that since having kids didn't work out for us our visions for the future didn't line up together anymore.

Oh wow. We probably talked for ten minutes and we covered So Much. She said she had a great support group at the clinic where she was going, but she eventually had to stop going because everyone else got pregnant except her. I told her all of my friends who got pregnant were moving on in life and all of my friends who didn't want to get pregnant couldn't understand my sadness. She said she worries about every customer that buys a pregnancy test. I told her I'm concerned about my younger co-workers in their late 20s who are still waiting before trying to conceive. We both said we keep these thoughts to ourselves. We don't share them with unsuspecting customers and co-workers.

We were long lost sisters in that moment, so sorry for what the other had endured but so grateful to be able to talk in person to another woman who understood.

We almost forgot about my flu shot, but we eventually came back to the present moment.

We now like our lives again, but we both acknowledged that we would never ever want to relive those years ever, ever again. They quite literally almost killed us.

Wow. Just a couple of years ago, hell, just last year, I don't think I would've said such a thing to a total stranger. But this week I did. And it led to an incredible conversation with another Survivor.

I can't go back to counseling. I've confirmed with co-workers that my current insurance doesn't cover counseling services. That sucks. But whatchya gonna do...

And reading blogs has been so helpful in my recovery from infertility, maybe there are some blogs out there that can help me with some strategies for managing my relationship with my mother. If you know of any related blogs or other helpful resources, please leave me a comment.

There's the library too. It has honestly been way too long since I've been to the library.

Plus, while there, I can also check out the section with quilting books... ;) 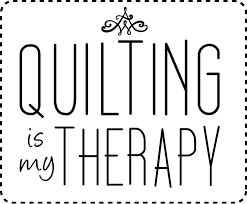