This may be the hardest March I've had since ending treatments.
March 2015: final IVF did not result in pregnancy
March 2016: packed, moved, and put my children's house on the market
March 2017: was in grad school (very stressful)
March 2018: still in school, packing for an out-of-state move
March 2019: divorce would be final in a month
March 2020: pandemic started
March 2021: unemployed, unvaccinated, and uncertain
So maybe the fact is that March 2022 was the safest March for me to fall apart.
I'm not trying to achieve anything or get anywhere.
I'm home. I'm safe. I'm loved.
I can feel the worst of my worst feelings and survive.
Trauma... Its effects are definitely lifelong.
I don't think I will ever get over infertility. I think I'm moving through it though. I have felt very stuck this month. Lots of pain and lots of tears. I can't even put it into words. Very tired. Foggy. Sad.
But maybe pausing and being in the awfulness isn't necessarily being stuck.
Maybe it's also part of the process.
When my boyfriend found me crying in the living room this morning, he first suggested I eat something. Then he tried to crack a joke. (It did make me smile.) Then he suggested a shower. I decided to take a shower. It really was helpful. At least I felt better physically. I ate some food, did some laundry, and started sewing a new quilt top from fabric I'd previously cut into strips.
And the world turns another day...  💖 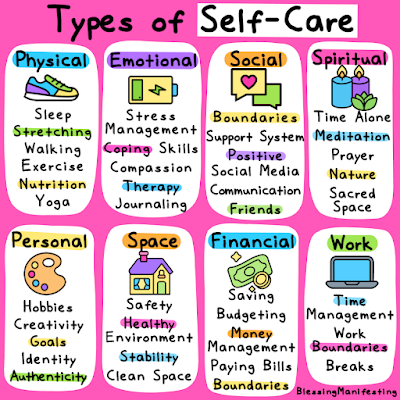 "Self-care helps stop the spiral of destructive emotions."
Image and quote by Dominee, creator of Self-Love Rainbow
Click here to read her excellent article about what is self-care and how to do it.
I've read a lot of articles on the topic and this one might just be the best.
Posted by Infertile Phoenix at 8:00 PM 7 comments:

D) All of the above

And that's the truth.

I spilled coffee EVERYWHERE this morning because of course I did. I knocked my full mug off the tv tray so its contents got to get some trajectory behind its fall. Clean up involved mopping. Towels just didn't cut it. (I also admit to adding milk and chocolate syrup to my coffee, which made it even more important to do a thorough cleanup job.)

Then I did it again. Knocked over a half full mug of coffee (thankfully plain this time) and it spilled all over the counter and behind the refrigerator.

At least I hadn't dumped the mop water yet.

Today is my 7th Survivor Anniversary. Grief affects cognition, which can in turn affect things like motor skills. I've written about this before here and here.

I'm just glad I was able to clear my calendar for today and I don't have to drive anywhere.

It keeps us all safer.

My boyfriend got frustrated with the first coffee spill. He got really annoyed with the second one. I was annoyed at his annoyance, but, at the same time, I recognized that he is allowed to have his own feelings. (I mean, he is going through a pandemic and his own life stressors too.)

He got snappy. I told him to go outside. He took the suggestion. Then I burst into tears.
They started out as tears of frustration but they ended up being the Big Feelings kind of tears.

I went to the bathroom for privacy and had a good, long, and hard cry. I felt as bad, if not worse, than I did on this exact day seven years ago. It was AWFUL. I thought to myself, "What do I do with this?? Where do I go from here?! What do I even do today?" And the answer was... Nothing.

So I sat there and cried and howled and missed my children.

Later I joined my boyfriend outside. He said, "I hate today." I replied, "Eh, hate this morning, not the whole day. Who knows what the afternoon will be like." He said, "Well, I hope it doesn't involve more spilled coffee." And I said, "If it does, we'll just clean it up. My tears this morning had nothing to do with you or with coffee. I don't give a shit about spilled coffee. No offense."

Because that's what it's like for me living without being the mother I always thought I'd be. I have no children to raise. There are no children in my home to love, encourage, and watch grow up.

And there's not a damn thing I can do about it.

The afternoon feels much better than this morning. My boyfriend and I went for a walk around the neighborhood. It is still cold and crisp, but the sun is shining and the snow is melting. It's really obvious that the season is changing.

Now I'm home in my faithful recliner (see pic) writing you all. Next, I will watch a movie and do some handsewing on the couch. I really do enjoy the little things. My latest project is a simple pillow case. I had an extra block left after I made a quilt top and my boyfriend suggested I make a pillow case. Duhhh. Of course! So I did. And I love it.
Sewing mends the soul. It is literally putting scraps together to make something beautiful/useful.
The metaphors for sewing, mending, and healing are endless...

In just a few days it will be 7 years since my last fertility treatment didn't result in pregnancy. The year was 2015 and I was completely empty. It seems like it wasn't that long ago, but then it also seems like it was a couple of lifetimes ago.
If you are new here, these posts will catch you up:
And now we are here, the first day of spring 2022.
I don't have anything new to offer in this moment.
I just want to encourage you to stop and appreciate your own hard work. Grieving is HARD. It's lonely and devastating and tiring and soul-sucking and nobody seems to understand.
After quitting my last job, I decided to take some time off. I was tired, I was sad, and I had worked way too hard for far too long to feel that bad. So I stopped. I rested, sewed, and got outside.
I'm glad I did. I will never regret taking these past three months for myself.
After losing my lifelong dream of motherhood, I spent seven years working to create a new life for myself. It was, by far, the hardest thing I've ever done. But I did it. I created a life I want to life.
So I stopped for a season to enjoy it. 😎 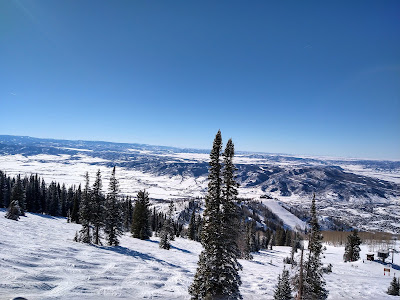 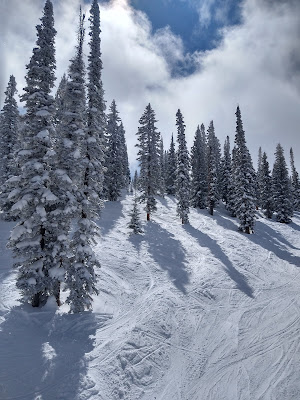 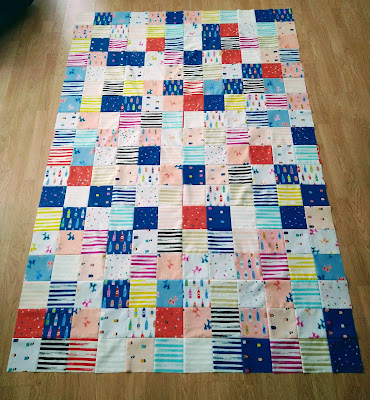 I didn't cry today, but I cried hard yesterday. Twice. It's not just my upcoming infertility survivor anniversary. It's also the pandemic. It's two years of the pandemic. It's the fact that tomorrow will mark exactly two years since my boyfriend and I last ate in a restaurant. That can easily sound superficial when so many people are suffering worldwide, but it represents that every routine and element of structure in my life changed entirely. Over a weekend.

It's a lot for all of us to absorb, process, and endure.

I think that's why I'm moving even slower this March.

Last night I read my journal entries from this month last year. Thankfully, I'm definitely feeling better than I was then. For one, I'm vaccinated. That offers some relief. Also, I have my new (old) house. Buying a home wasn't even on my radar screen this time last year.

This time last year I was still in disbelief about quitting my previous job (due to lack of covid precautions) and was worried about finding a new job. I actually wrote that I wanted to avoid getting into another negative work situation.

I quit a hazardous job just to get a new job that was hostile. Once I realized, I tried what I could. And then when there was nothing I could do to change my situation at work, I quit.

And here I am again, processing my latest job and worried about finding a new one. And just like last year, as time passes, memories of random experiences from that last job fly up into my consciousness and I feel things all over again.

It was a really bad experience.

It was bad for many reasons. I won't bore you with the details or the insults. However, for this blog, there is one detail worth noting: I felt like my co-worker judged me for not having children.

Here are just some of the comments she made to me:

Maybe those comments aren't that big of a deal. Maybe in isolation they're pretty harmless. Maybe I'm reading into things. Here's what I do know. I was on a two-person team and the other person was lying to me and lying about me to our manager, so it wasn't very hard for me to be "overly sensitive" and take her comments personally.
She just wasn't nice to me.
I got the feeling she didn't view me as being on the same level as the other adults in the office. She didn't talk to me conversationally, only the other parents in the office. She associated me with the single co-workers in their 20s. And it seemed to be very important to her to periodically tell me that I was a new grad. Then I would remind her that, yes, I was new to our particular field, but I was coming with 25 years of experience working with kids. One time I also reminded her that she and I were only 4 years apart.
But what's that lesson I've learned since quitting that job and reading that book?
Oh yeah. I don't have to explain myself. ;)
Marching on... We're almost halfway through!
💚🍀💚

Email ThisBlogThis!Share to TwitterShare to FacebookShare to Pinterest
Labels: Survivor, When People are Mean

My brain slows down in March. Tasks seem to demand more of me. A low level of malaise permeates my mood. Not constantly. But often enough to notice. Year after year.

I experienced an incident of partner abuse in March 2002. I ended fertility treatments (and trying to conceive altogether) in March 2015. Then, of course, the pandemic hit in March 2020. So it's not like any of us have escaped the month of March unscathed.

But I'm not going to write off an entire month. I don't resign myself to 1/12th of my life completely sucking every year. I just try to remember it's a lot to overcome and none of it is my fault.

It was hard to concentrate this week. Time moved slowly. I felt unproductive. I know I'm not alone.

But I know I'm doing stuff. I've been keeping a short list of things I've accomplished each month.

I've had several new ideas for blog posts related to infertility, but I haven't written them yet. I jotted the ideas down so I won't forget them. I just haven't had the mental energy to sit down and write at the end (or beginning) of the day. I've been busy working on applications and my house. Slowly but surely, the next chapters in my life are beginning to take shape.
So I'm keeping busy. March isn't my favorite, but I don't completely hate it.
Although, as much as I love winter, I will admit... I'm looking forward to spring. :)