Hello! I've missed you!! How have you been doing??

I... Have been moving. While still learning this new job that's kicking my butt. It's been nonstop work, in one way or another, since I wrote my last post. You haven't missed anything fun. Even my sewing machine is still boxed up. It's just like the saying goes, "When it rains, it pours." Moving is terrible, but I am so grateful for each one of my moves.

I have now moved FIVE times since knowing I won't be raising children in this lifetime, and two of those moves have been during the pandemic (something I highly recommend NOT doing if you can avoid it).

So let's revisit those moves briefly...

Move #1: This one SUUUCKED. I packed the nursery that never saw children, hired various people to make repairs, and put the house that I bought for my children on the market. It sold the first weekend. Thankful it sold so quickly, I still cried throughout the whole process. It was awful. It was devastating and heart-wrenching. It cemented the fact that I would not be a mother. (Although I was relieved to get out of the suburbs...) I moved back into the heart of the city. I moved to the same area where I went to college and had my first two jobs after college. Moving back to a familiar area where I had good memories gave me some comfort. Then I started graduate school, ha! Grad school sucked so bad. But, it was a means to an end. And, like most things, grad school eventually ended and I could move on to where I really wanted to be.

Move #2: This one was HAAARD. After living in an overpriced rental for two years while going to grad school, I was chomping at the bit to move out of state. Ever since realizing I wasn't going to be a mom, I wanted to move to a different state and live a different life. But my practical side wouldn't let me leave the place I had called home for 25 years until after I had gone back to school (gotta take advantage of that in-state tuition!). I used to think, "Why doesn't everyone just move if they're unhappy where they are?" Silly me, nothing "just" happens easily. Moving out of state is difficult and expensive. But we did it! Well, at least I did anyway. My husband never even looked for a job... I left our marriage three months after moving. (There were many other contributing factors, but living alone in a cool apartment in a new, fun city when I was married and lonely was one of the last straws for me.)

Move #3: This one was a CONFIDENCE BOOSTER. I did it!!! I realized my dream. I was living in a new state and I had moved out of the city. I had a job that paid my bills (even if it was teaching, my old career, instead of my new career in healthcare) and I lived in a rented condo surrounded by nature. I quickly realized my new town was not where I wanted to settle down, but I enjoyed the area for the year that I lived there. Plus, I got a weekend job at a hospital that I really enjoyed and it got me started in my new career.

Move #4: This one NEARLY BROKE ME. It really was the nightmare move from hell. Even though we did it, I don't know how my boyfriend and I did this move. After waiting two extra weeks for a rented moving truck, we had one day to move everything 4 hours and 2 mountain passes away. We made two trips to move everything within 24 hours and then we collapsed at the end of our seemingly never-ending day. We were painfully sore for weeks. It was truly awful. It was long, hot, physically demanding, and extremely stressful because it was in the middle of the pandemic so we didn't even feel safe stopping for gas or the bathroom. Plus, our new rental was so, so hot. And grimy from years and years of renters. Again, we knew we had moved somewhere temporary. While thankful for housing, we dreaded moving again in another year.

Move #5: This one was hard, but it also FELT GOOD. My boyfriend and I moved into OUR home, a house that we bought, a place that we won't have to pack up and move again in 364 days. It's been long, but it's been worth it. We definitely don't take it for granted. We did not want to move again, especially during the pandemic, but we love our new place. It's an old house (105 years!) so it has lots of imperfections, but it is perfect for us. I'll write more about our new home later. The fact is, we are here now.

Moving is awful. It's hard work, it costs money, and it makes you live with disorganization for months. But... When you get to where you want to be, it is so worth it!!! Six years ago I decided to move to this state. I had no idea I would end up in the small town where I am now. I just kept moving away from what I didn't want and moving toward what I did want.

And now I am here. 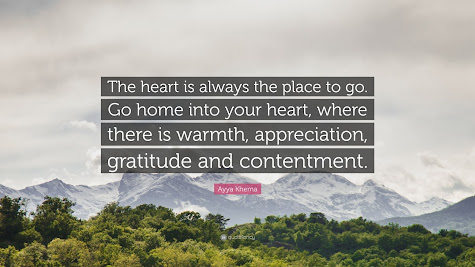 Posted by Infertile Phoenix at 10:34 AM